Aloha, my name is Jeff Foster. I am a father, husband, lawyer, coffee farmer and age-group triathlete.

Thank you for taking the time to learn more about me and my experience as a lawyer and person. Since becoming a lawyer in 2001, I have had a passion for representing injured victims against insurance companies and large corporations.This passion was ignited following a personal experience in which a close family member nearly died in a roll-over automobile accident. After spending nearly a week in a coma, the family member would spend nearly a month in the hospital re-learning the most basic of life activities. To make matters worse, insurance adjusters were repeatedly calling and threatening family members while the injured family member remained in a coma. Despite being an attorney, I was amazed and horrified that an insurance adjuster would be so callous as to put it's bottom line over the emotional well-being of a family distraught at the prospect of losing a loved one. After about the fifth phone call from the adjuster while the family was at the hospital, I volunteered to take on the case and take the fight to the insurance company. After battling the insurance company and it's lawyers for nearly two years, we finally prevailed and I have been fighting for injured victims ever since.

A little about my background - I grew up as the oldest son of two school teachers in a town called Mukilteo which is about 20 miles north of Seattle. Knowing that the only way I was going to be able to afford college was to earn a scholarship, I worked tirelessly to perfect my shooting and other skills on the basketball court. After my junior season in high school, I underwent a total replacement/reconstruction of my anterior cruciate ligament (ACL). Following the surgery, I was advised by my doctor that the recovery would be nine months and it was entirely possible that I would never play basketball again. Five months later I was on the court playing again and ended the season as the conference player of the year and all-state selection. I attended Central Washington on a basketball scholarship. Following my senior year, I was named 1st Team All Conference and Honorable Mention All-American. After graduating from Central with a degree in print journalism, I obtained my law degree from Seattle University on an academic scholarship.

After gaining invaluable civil litigation and negotiation experience with a highly successful litigator for two years, I decided to strike out on my own and open Foster Law in August, 2003 in downtown Seattle. From 2003 to 2012, I represented plaintiffs in personal injury actions, individuals and businesses who experienced financial problems in bankruptcy and insolvency proceedings against big banks and other creditors, as well as buyers and sellers in commercial real estate transactions. In 2012, I obtained my Hawaii law license and began representing individuals in personal injury and other litigation cases from my office in South Kona, Hawaii Island. My office is conveniently located near both the courthouse and hospital. I am licensed to represent clients in all state and federal courts in Hawaii, including:

I am also active in a number of different professional organizations, including but not limited to: 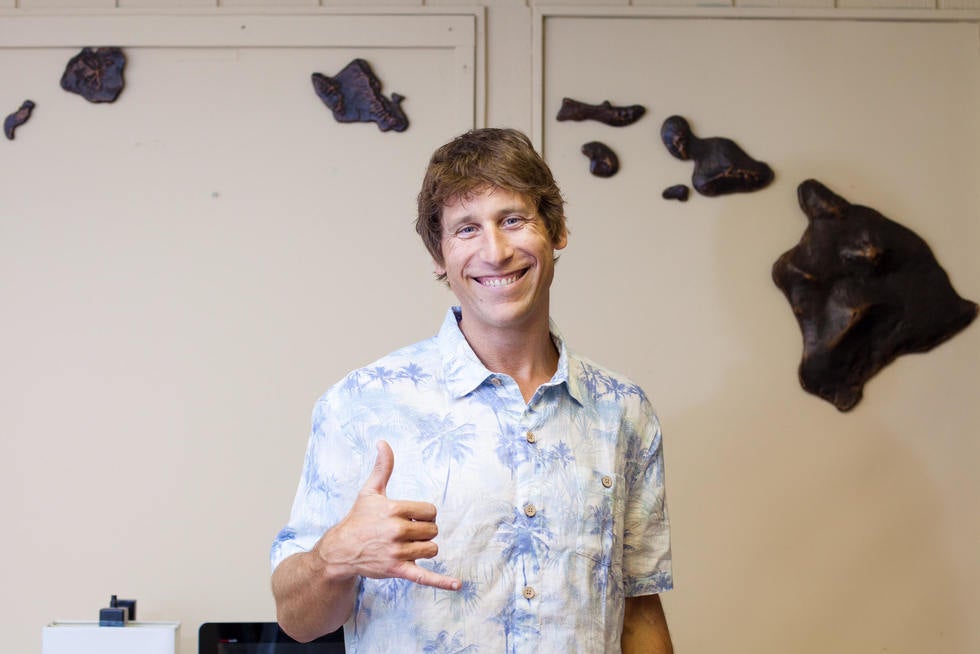 The lawyer directory website AVVO.com has rated me 10/10 and has bestowed upon me it's coveted "Superb" designation. Here is a link to my AVVO profile and 43 client reviews:  https://www.avvo.com/attorneys/96750-hi-jeffrey-foster-31416/reviews.html.

When I'm not busy negotiating with adjusters and litigating against defense attorneys, I enjoy adventuring with my wife (who is also a personal injury lawyer) and three children. I also enjoy farming our organic coffee farm and training for, and competing in, multi-sport competitions such as triathlon and biathlon.

Mahalo for your consideration of Foster Law Offices as your Hawaii personal injury lawyer.

The first consultation is always free!

Thank you for contacting us. We will get back to you shortly.

Please complete all required fields below.